← Back to GreenBooks Blog

Why I built GreenBooks

Behind every app, there is a story of why the creator made it. The story of GreenBooks has never been told. So when I decided to create a blog for GreenBooks, I decided it’s only fitting that I tell the story.

It all started in college. Like many college students, I only had a limited amount of money to spend. As someone who likes solving problems, I asked myself how can I be smarter about money. I wondered, where did all of my money go at the end of the month.

This is back in 2003, so there weren’t many apps that helps you manage your finances. These were the days before the iPhone, before the App Store. The money management app that everyone knew was Quicken. However, I decided to just manually enter my transactions into an OmniOutliner document (think of it like a spreadsheet), and generated a breakdown of my spending. Something that looks like this: 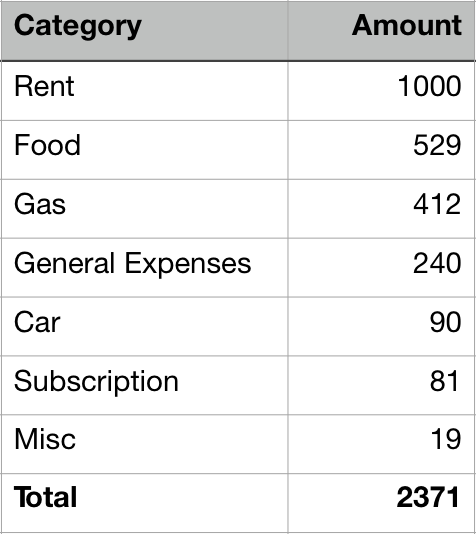 I was quite surprised when I saw my “breakdown” for the first time. Some categories I rarely think about, such as Food, turns out to be a major sink hole for my money. I realized all the little expenses add up, and I would never have known it if not for tracking my money like this.

After I graduated, I, like many of my peers started working as a software engineer. Since my salary was quite high, I stopped the habit of keeping track of my money. That went on for a couple of years.

But this problem of money tracking never left my mind. For some reason, it just kept coming back.

I suppose one reason it kept coming back is because it was so clear to me what a money manager should do. I realized to manage one’s money effectively, there are only three things.

Some would argue you also need a budget. But that’s really just a variation of number 3 where you set a cap on each spending category. Some people need a budget to have more control, others don’t.

This was in 2008. I looked around for software solutions at the time, mainly Quicken and Mint, and neither of them worked the way I envisioned. Remember, this is still before the App Store, so there weren’t thousands of apps to choose from.

My problem with Quicken is it is overly complicated and hard to use. And my problem with Mint is it is an imprecise tool that doesn’t offer the control I need.

So, I decided to quit my full time job to build a personal finance app of my own.

At the beginning of 2011, I launched the finished app called Savings into the world. (Savings was later renamed to GreenBooks) 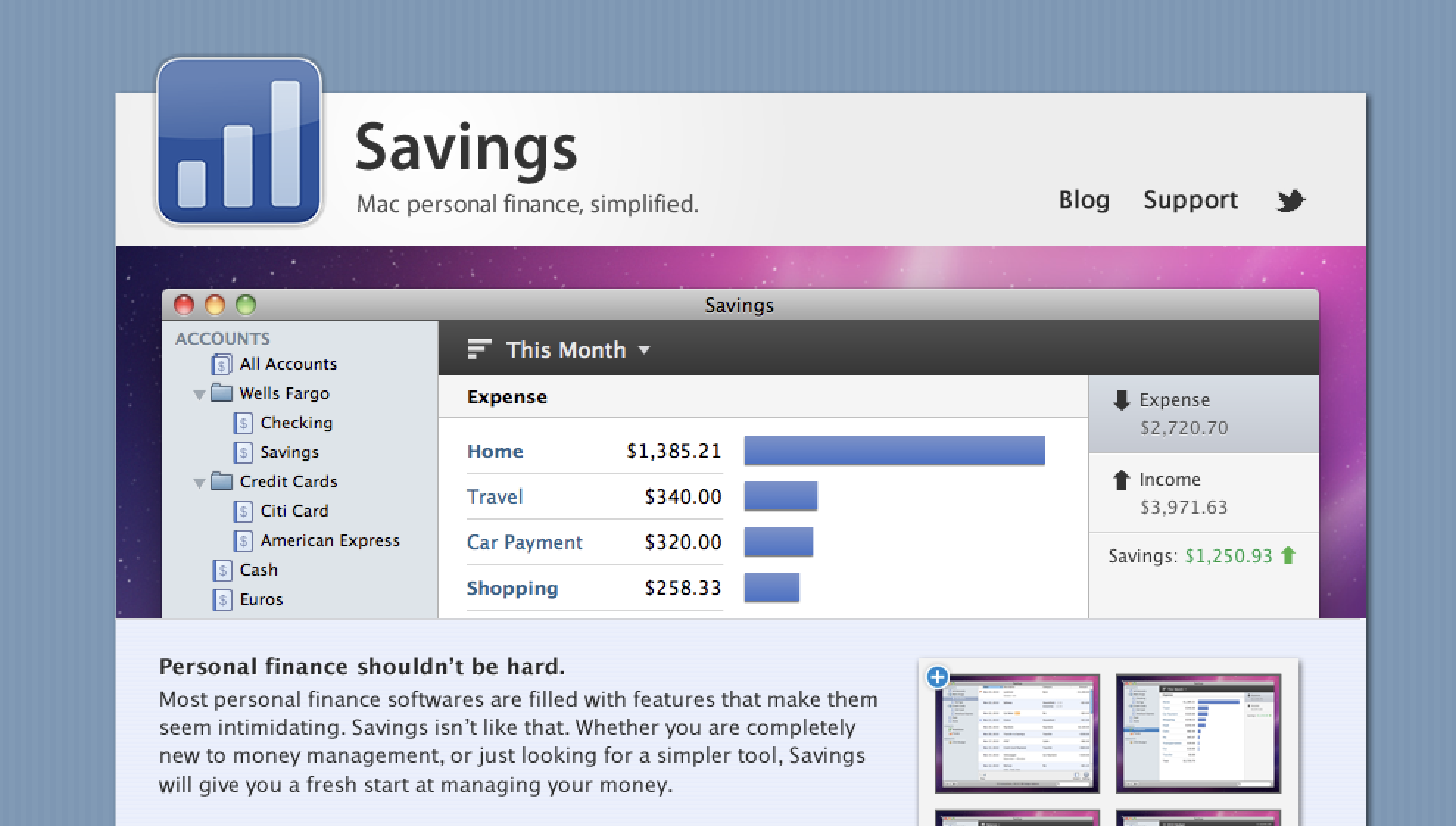 I was lucky in that the Mac App Store (the Mac equivalent of the iPhone App Store) opened at the same time, so my app was one of the few at the time with little competition. Immediately, it was earning around $3,000 a month, and I was ecstatic. I thought my software venture was off to a great start.

It didn’t work out that way though. I made the typical mistake that a founder whose background is programming typically makes, which is I kept working on the product itself but never told people about it. I never did any marketing. So over the next several years I struggled to keep the project alive.

Nevertheless, I was stubborn and persistent (and sometimes don’t know the difference between the two), and I did a complete redesign of Savings and turned it into what it is today. It was launched in 2018. 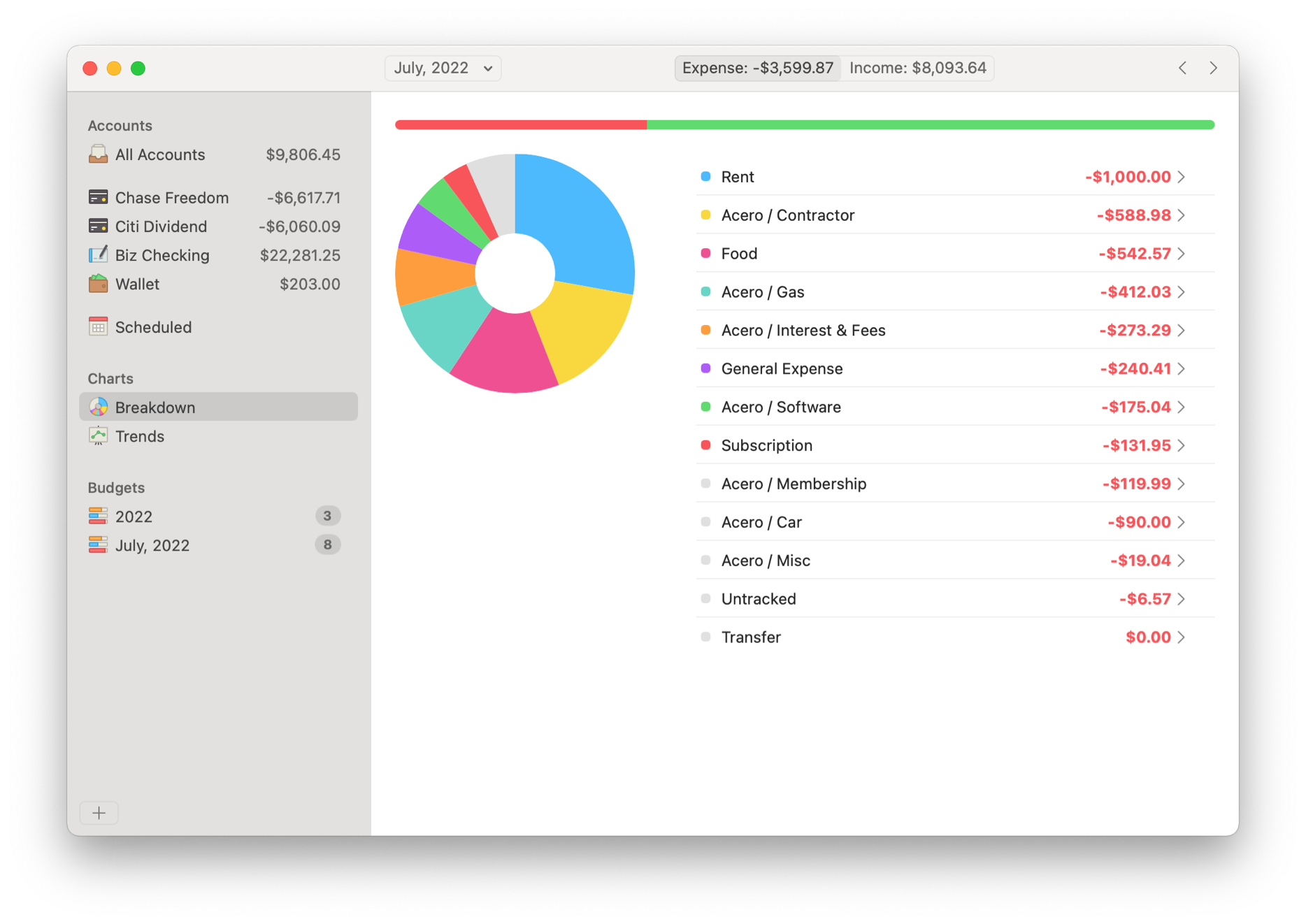 We wanted to modernize the user interface so it looks great on modern macOS. I said “we”, because I met a great designer from Sydney named Chris Sealey who helped me redesign all parts of the app. Chris was actually an early user of Savings. He reached out to me one day wondering if he could help me improve the look and feel of Savings. I said of course, and flew out to Sydney to meet him. He has been extremely helpful in turning Savings into the product that it is today.

Around late 2021, I decided to rename Savings to GreenBooks to make it easier to search for on Google, and GreenBooks got admitted into Setapp as one of the high quality apps they offer. The success with Setapp gave me a confidence boost to continue to work on this app.

It is 2022 now. So for more than ten years I’ve stuck to maintaining, improving and supporting this app. It was a very difficult journey, and still is. However, I do it because I use the app everyday. And many of my users have written to me to tell me how much they love the app and how it is making a difference in their lives.

I just need to start telling the world about this app to hopefully make it financially sustainable, so it can continue to serve its users. That is why I am starting this blog today.

Have comments? Email the author